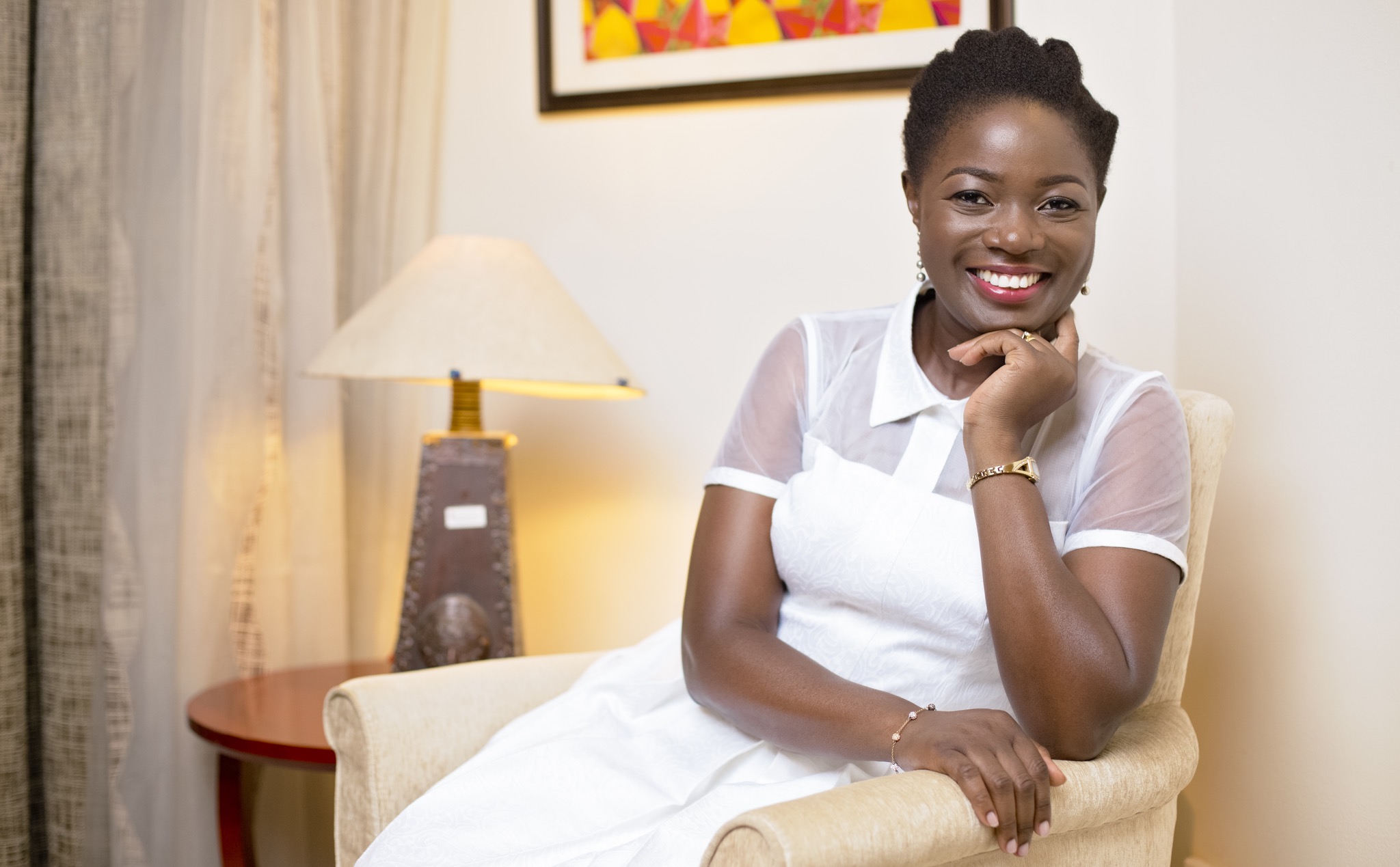 Business leader and role model, Lucy Quist, shares her story and leadership journey in an interview with Salamander magazine. Lucy shares insights and motivations from her quest to offer an MBA and her move to make impact in Africa through business.

“To be honest, I’d never heard of INSEAD until I met my husband-to-be in 2001,” says Lucy Quist MBA’05J. “He was at business school in the UK. And one of the first things he said to me was: ‘You’re the kind of person who goes to INSEAD’.” 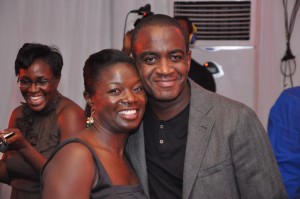 By then Lucy – British born, but educated in both Ghana and the UK – had a first-class degree in engineering and had lived in Portugal and Germany. She’d learned French and Portuguese and worked for a global corporation, Ford. Once she’d found out more about INSEAD, she knew it was a match made in heaven. She didn’t apply anywhere else. Nor did she consider marrying anyone else. All the same, things didn’t quite go to plan.

“I discovered I was pregnant,” she says. The programme was due to start in January 2004 – and her son was due in March. One weekend in October the couple decided to fly from London to Paris and to Fontainebleau and take advice from current students. Was it really feasible to combine doing an MBA with having a baby?

“They all said: ‘You’ll be fine!’” recalls Lucy. “We were puzzled… until it suddenly dawned on us: they assumed it was my husband who was doing the MBA.”

Once the confusion was cleared up, the reaction quickly changed to: are you crazy? It wasn’t until August that she returned to Fontainebleau, this time with a five-month-old baby and her mother in tow.

Yet Lucy still didn’t quite realise what she was letting herself in for. Coping with a small son was easy compared to rediscovering the world from a completely new perspective. She was viewing her future through a new lens… and her sights were now firmly set on Africa.

Business as a force for good
“I’d always known that good business has a good impact on society,” she says. “But as the year went on I became more and more aware that Africa could be much more effective in contributing to global business. I began to tell myself: ‘If you can make a difference, you should’.”

“I was a little naïve too,” adds Lucy.

“To start with, when I moved, I had the idea that I was going to show up and wave a magic wand. It definitely doesn’t work like that. But INSEAD helped me to learn that I had to understand people’s reality before I could bring positive change to them.”

In fact, it took her a further three years of networking with INSEAD alumni in Africa to better understand business operations on the continent before she found her opening. She bided her time with RBS in London until the right opportunity came along: pan-African business development, based in Ghana, for a global telecoms company, Millicom. This time, Lucy set off her adventure with two small children. 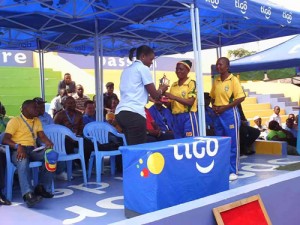 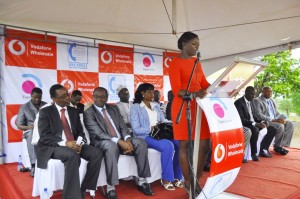 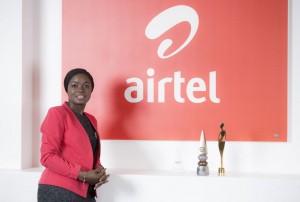 “Flying around the continent, doing strategy, new licenses, market entry, gave me an incredibly broad view of how business works in Africa,”

she says. But to achieve her ambition of becoming a CEO, Lucy needed in-depth operations experience, so she requested a move and took on P&L responsibility for half of Ghana – achieving double-digit growth. Then, after two years, she was offered the role of CMO in the Democratic Republic of Congo.

People told her not to take the children this time. But she decided that the risks were minimal in Kinshasa and that they would actually benefit from the experience – by immersion in a new language at a French-speaking school. Meanwhile, her own business education continued. She explains: “DRC was an incredible exposure to innovation. Two-thirds the size of Western Europe, two time zones, 70 million people, countless conflicts… DRC’s problems have only made it more innovative in business terms.” Nevertheless, she struggled, psychologically, professionally and linguistically. “Thanks to INSEAD, I had enough self-awareness to know what I was feeling was all my way of adapting,” she recalls. “I refused to give up!”

Onwards and upwards
The other great benefit bestowed by INSEAD was speed. “INSEAD really did teach me how to compress time,” says Lucy. After a year in the DRC she was headhunted back to Ghana by Vodafone, and by 2014, precisely six years after arriving in Africa, she was CEO of Airtel Ghana. Although she has been enormously successful, it is of course a role with some challenges. “But I’m 100% pleased I didn’t stay in the UK at the bank,” she says. “Not least because it’s enabled me to use my MBA to much greater effect. I absolutely couldn’t have done this without INSEAD.”

Ironically, the woman who had refused to own a cell phone as a young engineer in London was now CEO of one of Africa’s fastest-growing telecoms companies. But then the industry in Africa is not what it is elsewhere. It may even be the greatest story of business as a force for good ever told.

“A mobile phone in Africa is a necessity, not a luxury. It’s made up for poor transport infrastructure and banking penetration that wasn’t sufficient to drive economic activity. Mobile allows you to transact small amounts of money and gain access to healthcare. And it’s given young people in Africa the same access to information as anywhere else in the world.”

Her wish is that more of those young people will find their way to INSEAD one day – and she’s working with other alumni in Africa to raise awareness. “But the school has to see the market opportunity and segment its approach too,” she warns. “Otherwise young Africans with money will end up in US MBA programmes.” As she says, in a few years’ time not playing in Africa is going to hurt whatever sector you’re in, including business education.

So what next for Lucy Quist?

“I want to achieve more in technology both on the continent and around the world,”

she says. Meanwhile, she continues to win awards and travel the continent, acting as a role model for girls in engineering and business. 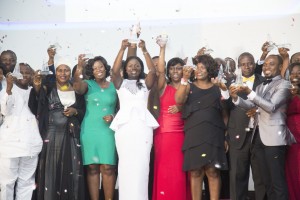 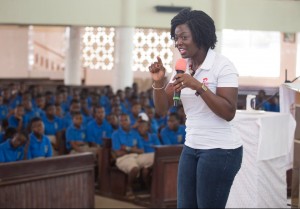 “I don’t believe there’s a glass ceiling. I think that the limitations many women place on themselves are their own mindsets.”

Asked if there is any INSEADer she particularly looks up to, her quick response is: “Tidjane Thiam, the CEO of Credit Suisse. He’s an example of what is possible if you set your mind to it.”

Does she have any further ambitions of her own?

“Well my ambitions for my three children are so high, that it’s probably best for me not to express them!” 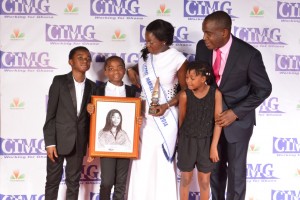 she replies. She laughs and pauses… “But who knows? My real dream would be to help create an INSEAD campus in Africa. I’d like to see a Bold New Normal for Africa, where the majority of Africans are prosperous. And I’d like to play a part – alongside INSEAD – in making it happen.”