Lucy Quist has a world of experience in managing business successfully from different parts of the globe. She has a track record of transforming businesses for growth and positive reputation even in the most challenging situations. She has blazed many trails as a female technology expert across the continent and was formerly the CEO of Airtel Ghana, one of Ghana’s largest telecommunications companies.

Lucy Quist is a Managing Director at Morgan Stanley and the author of the book, ‘The Bold New Normal’. She is an international business leader focused on technology, transformation and thought leadership. She is the first Ghanaian woman to head a multinational telecommunications company as the former CEO of Airtel Ghana.

Lucy has various business interests that have led her to directly create or influence the creation of other entities. She is the founder of Quist Blue Diamond; a company that leverages technology, engineering, data science to transform business models. The company fully owns and runs Q Shop, the marketplace Q-shoponline. She serves as the President of  the African Institute of Mathematical Sciences, Ghana. She co-founded FreshBakery, the parent company of the FreshPay payment platform in the Democratic Republic of Congo (DRC).

She is a co-founder of the Executive Women Network and served as the Vice President of FIFA’s normalisation committee in Ghana.

Before joining Airtel Ghana in 2014 Lucy was the Enterprise Director of Vodafone Ghana, making her mark as the first woman to run a multinational telecom Enterprise business. Before Vodafone, Lucy served as the first female Chief Marketing Officer for Millicom’s DRC operations.

In 2016, she was named the Telecom CEO of the year at the Ghana Information Technology and Telecom Awards. She had previously been honoured for leading transformational change that is shaping the telecom industry thinking. In 2015 she was also named the CIMG Marketing Woman of the Year in recognition of her exceptional leadership, excellence in strategic marketing and managing Airtel’s corporate reputation right down CSR programs for the year 2014.

Lucy began her working life as an Electrical and Electronic Engineer at Ford Motor Company successfully holding positions in design, manufacturing and project management. She went on to become a Chartered Engineer with the Institute Of Engineering And Technology, UK.

After a decade in the automotive industry and seeking fresh challenges she acquired an MBA from INSEAD after which she made her move into investment banking.

Lucy joined the Royal Bank of Scotland as a change manager at a time when it was transforming its investment banking operations and embarking on its high profile acquisition of ABN AMRO.

In 2008, Lucy stepped into telecommunications working her way to become one of Africa’s leading telecommunications business people. She’s held various senior executive roles from Business Development for Africa to Chief Marketing Officer and now CEO. Her experiences have seen her serve businesses and consumers across both Francophone and Anglophone Africa. 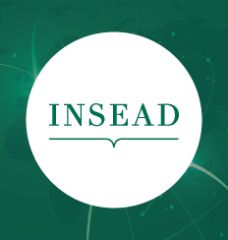 On a personal level, Lucy has been recognised by several reputable organisations for her transformational leadership, her exceptional strategic marketing insights, selfless dedication to growing people and for championing causes that are shaping the lives of young people on the continent:

CIMG Marketing Woman of the Year 2014

Special Recognition to the Telecom Industry

Ghana Women of the Year Honours 2016

58th Most Influential Person in Ghana

Lucy is the founder and CEO of Quist Blue Diamond, a company that leverages technology, engineering, data science to transform business models.

She co-founded FreshBakery , the parent company of the FreshPay payment platform in the Democratic Republic of Congo (DRC).

She is a founding member of the Executive Women Network, a non-profit organization of women in senior management and executive positions committed to inspiring, empowering and supporting women executives to succeed and become influential both locally and internationally.

Lucy is an ambassador of the Access Bank W-Initiative, an initiative to connect, inspire and empower women.
As an ambassador she uses her influence to inspire and advice women on building a successful career and leadership style.